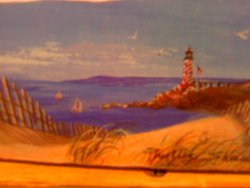 KClark has not created any brainstorms


Recent Public Ideas
I have an idea! How about studying the effects of electromagnetic radiation on children who are exposed to it via routers inside the schools, and then at home? There has been much debate, but very little factual information gathered. It was thought that since no heat is generated, no cell damage occurred from exposure to wireless communication devices. However, long-term effects are now being found such as DNA telemerase breakage, cell-to-cell communication impaired, etc. [about 11 years ago]

i want to do something creative stuff in the field of biotechnology at univer...

I would look at motive, first, and determine who would benefit from dumbing down the American electorate. Once you establish that, it would be possible to determine their method of choice - whatever it is they control. Schools would be a logical source for determining testing standards, whether they have decreased in complexity or not. American students' performance on worldwide tests would also be indicative. [about 11 years ago]

What does "dumbing down" mean to you? How could it be measured