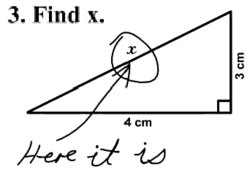 kcgirlgeek has not created any brainstorms


Recent Public Ideas
Not my idea, but...Joost is one good example of the new media industry, but another, and better example I think, might be http://www.itsallinyourhands.com where the viewer has an interactive roll in the outcome of the films. [over 14 years ago]

The only thing I would change would be the text color. Blue shades are complimentary to orange shades, so some shade of blue would be best in replacing the black text. Blue also suits part of the word, we associate "waves" often with the color blue. Actually a blue fade, either dark to light or light to dark from top to bottom would give it a little more eye "pizazz," so to speak, while still maintaining an intellectual aire of dignity. Simple and memorable are important aspects, not bland. [over 14 years ago]

What do you think of this logo for an Emagazine on idea generation?

Perhaps rather than reporting the news that we already have reported from multiple channels, such as television and the internet, they should report news that we DON'T have much access to, such as GOOD news. Or involve the communities more somehow, through having "lay reporters" that cover local news. People like seeing their words in print. You only have to look at web forums to see that. Perhaps more people would buy a newspaper if they felt that they had some input/contribution. [over 14 years ago]

What should newspapers be doing if they want to survive?